The Hemis festival is dedicated to Lord Padmasambhava (Guru Rimpoche) venerated as the Dance Performance at Hemis Monastery representative reincarnate of Buddha. He is believed to have been born on the 10th day of the fifth month of the Monkey year as predicted by the Buddha Shakyamuni. It is also believed that his life mission was, and remains, to improve the spiritual condition of all living beings. And so on this day, which comes once in a cycle of 12 years, Hemis observes a major extravaganza in his memory. The observance of these sacred rituals is believed to give spiritual strength and good health.

The Hemis festival takes place in the rectangular courtyard in front of the main door of the monastery. The space is wide and open save two raised square platforms, three feet high with a sacred pole in the center. A raised dias with a richly cushioned seat with a finely painted small Tibetan table is placed with the ceremonial items - cups full of holy water, uncooked rice, tormas made of dough and butter and incense sticks. A number of musicians play the traditional music with four pairs of cymbals, large-pan drums, small trumpets and large size wind instruments. Next to them, a small space is assigned for the lamas to sit.

The ceremonies begin with an early morning ritual atop the Gompa where, to the beat of drums and the resounding clash of cymbals and the spiritual wail of pipes, the portrait of "Dadmokarpo" or "Rygyalsras Rimpoche" is then ceremoniously put on display for all to admire and worship.

The most esoteric of festivities are the mystic mask dances. The Mask Dances of Ladakh are referred collectively as chams Performance. Chams performance is essentially a part of Tantric tradition, performed only in those gompas which follow the Tantric Vajrayana teachings and the monks perform tantric worship.

Hemis is a town in India 40 km southeast of Leh in Ladakh, well known for the Hemis monastery that was established in 1672 AD by king Senge Nampar Gyalva. Hemis is best known to tourists for the colorful festival held in July. Hemis also could be associated with the Hemis National Park, an area that is home to the endangered snow leopard. The national park was created in 1981. Its coordinates are - latitude 33º38'-34º11' in the North to longitude 77º00'-77º44' in the East. It is the only high altitude park in the country.

This three-day Buddhist festival takes place at the Hemis Gompa in the mountainous region of Ladakh in northern India. This is the largest gompa (monastery) in Ladakh and has gold statues, huge stone monuments of Buddha called stupas that are studded with precious stones, and an impressive collection of thangkas, or big scroll religious paintings. The festival celebrates the birthday of Guru Padmasambhava, the Indian Buddhist mystic who introduced Tantric Buddhism to Tibet in the eighth century. Tradition says he was a native of Swat (now in Pakistan), an area noted for magicians. Tradition also says he brought on an earthquake in Tibet to get rid of the demons who were delaying the building of a monastery.

The festival attracts people from throughout the mountain areas of Ladakh and Tibet—Muslims and Hindus as well as Buddhists, all dressed in their most colorful clothes. A fair springs up, with stalls selling confections, gems, and crafts. The highlight of the festival is the Devil Dance of the monks ( see also Mystery Play of Tibet ). Demon dancers are costumed as satyrs, many-eyed monsters, fierce tigers, or skeletons, while lamas portraying saints wear miters and opulent silks and carry pastoral crooks. These good lamas, ringing bells and swinging censers, scatter the bad lamas, as they all swirl about to the music of cymbals, drums, and 10-foot-long trumpets. The dance is a morality play, a battle between good and evil spirits, and also expresses the idea that a person's

Hemis Monastery already existed before the 11th century. Nāropā, the pupil of the yogi Tilopa, and teacher of the translator Marpa was connected with this monastery. A translation of Naropa's biography has been found in Hemis monastery. It has been translated by A. Grünwedel (Nӑro und Tilo,: Festschrift Ernst Kuhn, München 1916). 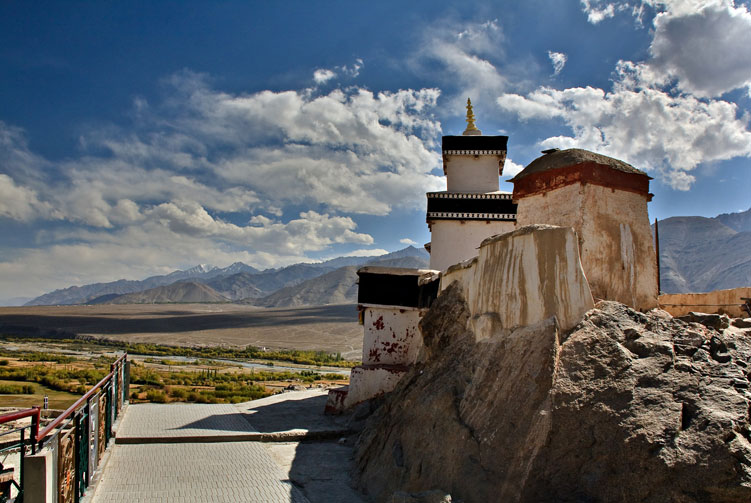 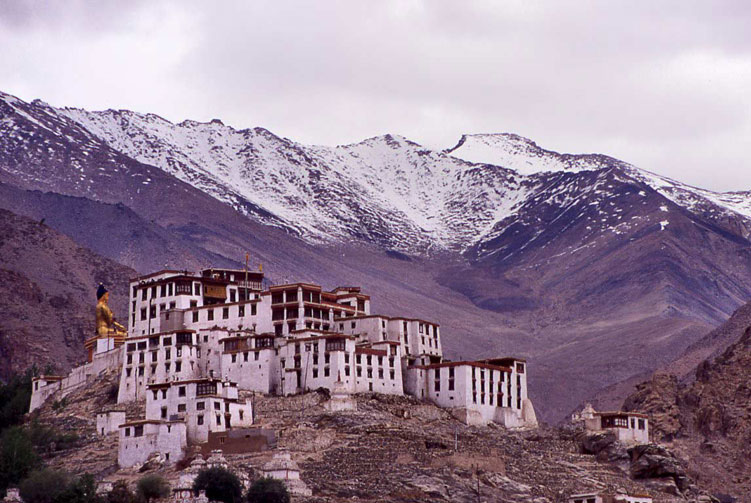